Located on the banks of the Alabama River, the city of Selma is best known for its historical role in the United States Civil Rights Movement and these free things to do in Alabama will help you have a cheap family vacation. Selma lies in the Deep South, meaning mild winters and hot, humid summers – and lots of time outdoors.

Reverend Martin Luther King, Jr. and the infamous Selma-to-Montgomery marches brought national attention to this small southern community during the mid 1960s, and the movie Selma renewed interest in the area. The city is also rich in Civil War history. The free attractions listed below highlight the progression of civil rights in America.

1. Gone, but not Forgotten Walking Tour

This one-mile walk winds past some of the most important places in Selma, including sites from the Civil War era and the Voting Rights movement that impacted the entire world.

This self-guided route includes the Martin Luther King Jr. monument in front of historic Brown Chapel AME Church; the starting point of the Selma to Montgomery National Historic Trail. Kiosks include exhibits from the voting rights era – photos and text that give visitors an understanding of the movement. Also visit the Edmund Pettus Bridge, the site of “Bloody Sunday,” which was an impetus for people across the country to become involved with the cause of civil rights.

Visit the Old Live Oak Cemetery in downtown Selma and take the tour.  Then head off on a scavenger hunt in this moss-draped cemetery, which is listed on the National Register of Historic Places. Questions include one asking who was Alabama’s only vice president of the United States.

Need more ideas? 25 Things To Do in Alabama 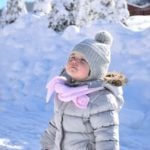