Anchoring overnight in a protected harbor of Antarctica, surrounded by glaciers, could not have been any more splendid, spectacular, jaw dropping. It was a never seen before, probably will never see again, site.  We awoke in the morning to find the sun gradually rising over the mountains. A variety of shadows played across the mountaintops, at one point forming a perfect triangle.  As the day broke, the skies turned bright blue. The mountains continued to glisten in the sunshine.  This is what Luxe Traveling Mom was greeted with on Day 6 of her voyage through Antarctica, her trip of a lifetime.

No Need to Sleep in Antartica

I continued to survive on just a few hours of sleep each night. I seemed to be functioning quite well, at least from my perspective.  Perhaps I should have confirmed this with my husband and fellow passengers.  I was running on mainly adrenaline at this point, especially since I woke around 4 every morning to catch the sunrise.  When you find yourself in glass smooth water surrounded by castlesque glaciers, unabashedly blue skies, and an abundance of marine mammals lounging on practically every iceberg, not sleeping much just seems like the appropriate course of action!

Today, we headed to Port Lockroy on Wiencke Island and Jougla Point.  Port Lockroy was a fascinating stop.  It is actually a post office, museum, and gift shop that was restored from an old British Base in WW II. IN THE MIDDLE OF THE ANTARCTIC! How odd and unbelievably cool at the same time.

The most widely visited site in the Antarctic, it’s manned each summer by staff from the UK Antarctic Heritage Trust. While it has been restored, it retains a feel for the 1950s/60s.  It’s sparse in creature comforts. I’m sure that’s how the four girls felt who were there for 3 months. You have to hope they get along well with each other! We even got our passports stamped with Port Lockroy just for proof that we were actually here, in case all of the pictures didn’t meet that burden.

One of the best parts of this visit was that we actually got to send postcards home from Antarctica.  I even sent one to myself! Of course, I had to buy a few souvenirs. I bought myself a penguin key chain and a pen with a penguin on top for my sister-in-law who collects pens.  Another best part was the seriously vast population of Gentoo penguins on the island feeding their fluffy chicks.  There were many, all stages of development.  Being a part of National Geographic expedition has its perks.  Several staff members from a research facility were with us. They were literally counting penguins to determine the effects of global warming on their numbers. Sadly, they are dwindling.

While half of the guests took the Zodiacs over to Port Lockroy, the other half zipped over to Jougla Point, also heavily populated with Gentoos.  Scattered around the beach were numerous whale bones from a time when there was a  operation in the area. Someone had actually taken the bones and formed them into the shape of a whale.  Certainly made for a great photo op and I made sure to take full advantage.

Back on board and setting off, we headed through a narrow picturesque channel called Peltier on our way to the Lemaire Channel, which is lined on both sides by immense rocky cliffs and ice falls.  To be able to take in the splendor of this remote, pristine, and rugged landscape was truly a “pinch me” moment.  And, as if the scenery weren’t perfect in itself, we get to observe it all which having lunch outside on the deck, buffet style.  Yes, we were eating outside in the Antarctic.  With temperatures in the 30s, it was actually warm enough that people either unzipped their jackets or took them off completely, trying to catch a few rays.

After about an hour, we arrived at the northern end of the Channel, but not before seeing a large pod of killer whales which are common around the Antarctic Peninsula and are typically seen feeding on penguins and seals.  So glad we missed this!  Luckily, we also enjoyed numerous sightings of Minke and humpback whales as they cruised the channel with us.

After lunch, we anchored just south of Booth Island, a historic location known for the famous Charcot Expedition, where the explorer, Jean-Batiste Charcot and his boat, the Francais, decided to wait out the winter due to ice and engine problems.  Many structures still remain that the crew built for shelter.  While plagued with many hardships, the expedition produced the only accurate map of the area for the next quarter of a century.

We got another chance to kayak and then go ashore.  Unbelievably, the first thing many fellow travelers got to see was a Macaroni penguin, which has long yellow plume-like feathers at the top of its head.  As they are rarely sited this far south, we were told what a treat this event was.  Unfortunately, for my husband and I, we were still out on the kayak, so missed it all.  I guess if you do have to miss a once-in-a-lifetime experience, you might as well do it while kayaking in icebergs, so you can’t feel too sorry for yourselves.

This amazing day ended with dinner and then a gathering in the lounge to hear great stories and get our history lesson from one of the staff, naturalist Tom Ritchie.  He entertained us with tales about the good old days of expedition cruising, which were not in reality so good. In fact, they endured unthinkable hardships.  What I loved about these nightly gatherings was the genuine enthusiasm of the staff.  You would think this was all a brand new experience for them, as they were just so happy to share their knowledge with all of us.  No one was ever just a passive lecturer, but real story tellers.  I am always so jealous of people who have found that career which inspires such passion in their lives.  I hope they realize just how fortunate they are… 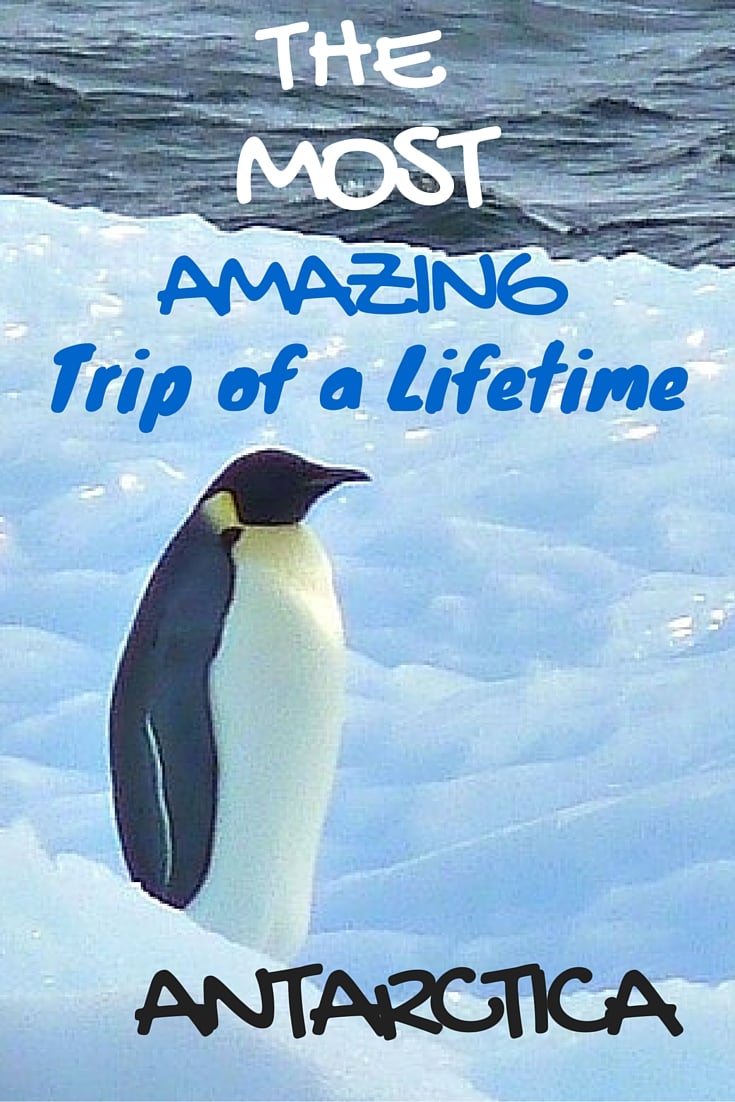 Up Next:  Crossing the line of the Antarctic Circle

For more trips of a lifetime, be sure to check out:

Norway in a Nutshell: Get to Know the Frozen Landscape 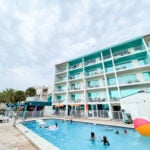