Those who know me best will tell you, I’m fairly adventurous. I’ve tagged crocodiles in Belize, hung out in a brothel in Guatemala, fished for piranhas in Peru, and even drank a shot of whiskey with a petrified human toe to be inducted into the Sour Toe Cocktail club…a Yukon Territory tradition. But there was one thing I said I would never do…and then I did. I got naked in Germany.

Recently I spent a couple of weeks road-tripping through Germany with my friend and frequent partner in crime, Vanessa (super easy to rent a car and go!). From start to finish, the trip was filled with adventures. We drove on the Autobahn at speeds approaching 130mph…well, she drove, I navigated and tried to decipher unfamiliar road signs. We sampled German beer and ate almost every type German sausage we could find.  And, we got naked.

I’m assuming it would be good to provide a little background about now.  After exploring the Fairy Tale Route, having champagne with Sleeping Beauty, touring ancient castles in Heidelberg, and immersing ourselves in automobiles in Stuttgart – all fully clothed – we arrived in Baden-Baden, and that’s when the clothes came off.

We’re all familiar with the saying, “when in Rome, do as the Romans.” The same holds true for Baden-Baden. Located in the foothills of the Black Forest, Baden-Baden is known for its elegant hotels, sophisticated lifestyle, health spas, and mineral-thermal baths. And its most famous spa is Friedrichsbad – a traditionally nude spa. If we were going to experience the true Baden-Baden bathing experience, the clothes had to come off.

Opened in 1877, the Friedrichsbad spa was dubbed a “temple of wellbeing” and was considered the most modern bathing establishment in Europe at the time. The lavishly decorated Neo Classical structure has hosted numerous Roman emperors, soldiers recovering from injuries, and Mark Twain who once said, “Here at the Friedrichsbad you lose track of time within 10 minutes and track of the world within 20.” Apparently Mark Twain was more comfortable naked then I am.

Friedrichsbad’s Roman-Irish bathing experience is comprised of 17 stations varying from a sequence of warm and hot dry air baths, a soap and brush massage, steam baths, thermal showers, and thermal pools. We checked in at the reception desk and signed up for the works. It was here that we were informed we had arrived on co-ed day. It just keeps getting better, doesn’t it?

We entered the locker room where several men and women were wandering about in various stages of undress. Averting our eyes from the gentleman who was wearing his dress shirt and tie without anything on the bottom half of his body, we located our lockers and began to undress. Inside the locker was the best thing I had seen all day – a large sheet which was to be used as my towel. I couldn’t wrap that thing around me fast enough.

My glee at being wrapped up in the sheet vanished at the first station – a room full of showers with no curtains.   The sheet took its place on a hook and sent me off on my naked way alone. Well, actually not alone, there were plenty of other naked bodies to keep me company.

Stations two and three were saunas with reclining cedar chaise lounges. Vanessa and I stretched ourselves out on two of them alongside several couples who were thrilled to be there on co-ed day for some quality naked togetherness. Um, awkward.

From the dry hot saunas, we ventured into the first of several steam rooms and settled in on the ancient tiles to await the call for our body brushing and massages.

I must admit I was really looking forward to the body brushing and massage. Of course I was picturing a private massage room. Not a chance. Vanessa and I were called for our treatments together. Our male attendants directed us to marble tables situated in the middle of the room. Lying on my back, naked on a marble slab all I could think was, “Is this what it’s like to be on an autopsy table?”

Read More: Why You Should Rent a Car and Drive Around Europe

What I Learned Along the Way

While I can’t say this was the most comfortable experience in my travels, it was definitely one of the most enlightening.   As many of you may know, nudity isn’t a big deal in Europe.   Artists will often say the human body is a work of art.  The question is what type – a masterpiece or something abstract?   But, honestly, no one really cares (or notices) if you are walking around with an imperfect body.  Believe it or not, there were moments as I soaked in the series of pools and took in the magnificent architecture of the spa that I truly forgot I was naked…of course I was immersed in water for those moments and not visible to the naked eye (pun intended).

Am I glad I did it? Yes, absolutely. Would I do it again? Probably not – and definitely not in the USA!

As Eleanor Roosevelt once said, “Do one thing everyday that scares you.” I think I’m covered for about six months. 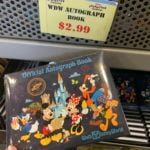