The writer was hosted for all or part of this trip.

During a whirlwind visit to Dallas driving a loaned Cadillac Escalade, we discovered that the place to start that search is the Sixth Floor Museum. Then called the Texas School Book Depository, this is the building where assassin Lee Harvey Oswald used boxes of books to barricade a space near a corner window, according to the official story of Kennedy’s assassination. It was from there that he fired the shots that would kill the president and wound Texas Governor John Connolly. They were riding in a convertible past Dealey Plaza and its surprisingly small grassy knoll on his way to a luncheon with Dallas civic leaders and city officials at the Dallas Trade Mart.

The Sixth Floor Museum offers a thorough and moving recap of the events before, during and after the murder of President John F. Kennedy. You can stand next to the spot where officials believe Oswald perched while he waited for the motorcade to arrive. Look out the window and imagine the trees to be much smaller. It seems like an eerily easy shot. The digital sound track, narrated by a mellow-voiced reporter who covered the chaotic scene, transports listeners back to the events of the day. There’s also a separate sound track geared toward kids. 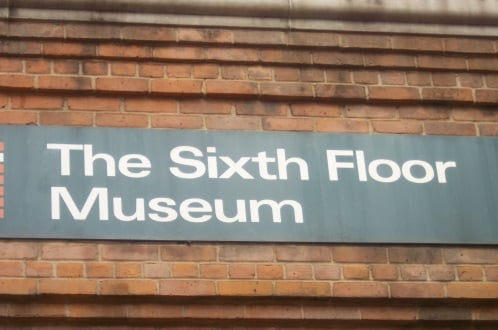 The journey through the museum unfolds slowly. It begins with an exploration of the culture of the times, the political climate in Texas, and the president’s plan for visiting the city. It builds to the shooting, then catalogs the investigation in the immediate aftermath, the shooting of the young cop, J.D. Tippit, Oswald’s arrest, and his murder by Jack Ruby. There’s a discussion of the ongoing debate over who really shot JFK and whether it was a conspiracy–a debate that will no doubt rage again as the 50th anniversary nears.

The museum journey ends with a brief look at Kennedy’s legacy. We all walked out feeling emotionally drained and wishing we had allotted much more time for our visit.

Plan to spend a minimum of 90 minutes at the Sixth Floor Museum. Plan a much longer visit on a busy day when the crowds will make it tougher to get close to the large sign boards and take in all of the information, or to more thoroughly explore the museum. There is archival footage to watch and optional extra information embedded in the digital listening device. The audio guide, available in both English and Spanish, is included with the $16 admission fee ($14 for seniors 65+), block out at least two hours. 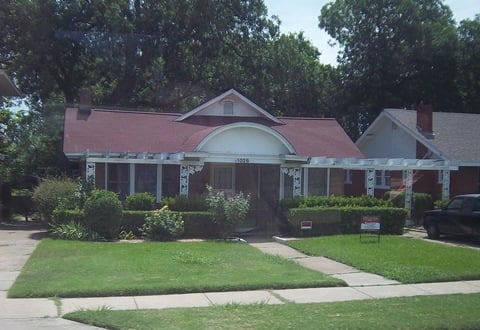 After leaving the Sixth Floor Museum, walk across the street toward Dealey Plaza and its grassy knoll. Look for the Big D Fun Tour JFK Trolley Tour. This one-hour trolley tour starts at Dealey Plaza, follows the route the president’s motorcade took through downtown Dallas and then follows the route Oswald took in his attempt to escape capture.

The trolley passes the building that served as Oswald’s rooming house (it’s for sale now), and stops at the spot where Officer Tippit died and the spot where Oswald met his end at the hands of Jack Ruby. With just an hour to cover so much ground to cover, both in miles and narration, our guide made it clear from the outset that discussion of the events, a possible conspiracy or anything else was not welcome.