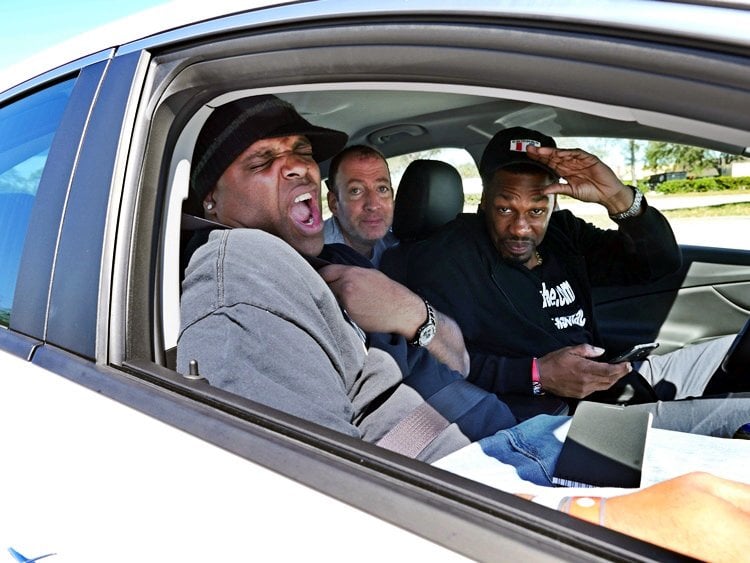 What is that smell? That is the question.

Shakespeare likely wouldn’t have posed so unphilosophical a question, but then the Bard wasn’t tasked with scouring Walt Disney World for the most distinctive and unusual scents he could find.

That was a job for Traveling Dad.

During our first-ever conference at Walt Disney World, the dads scattered to the far corners of the parks and back, often with their families in tow, and followed their noses.

We’re men, so we zeroed in on a lot of food aromas. “For the most part every restaurant and food stand that I visited at the parks had a good smell to it,” says Chris Clarke. “Every time a family with food walked by grubbing, I’m like a spoiled kid saying, ‘Ooooh I want thaaaaaaat!’”

The rides and attractions, as well as moments when we were getting around the parks, likewise yielded some pronounced smells. “The couple times I rode the monorail and ferries they had a musty wet swimming trunk smell. Kind of like feet,” Clarke recalled, adding he felt lucky to have “a bag of cotton candy over my nose. It was like a cotton candy facemark for the 15 minute boat ride.”

Here now, some additional observations. You’ll wish you could smell this stuff. Maybe.

There are moments at Disney when, quite simply, you must eat to live.

“After checking in, the family and I walked over to Epcot from The Yacht Club,” explains Josh Rodriguez, and the first thing I smelled was popcorn, and I followed it until I found a cart and got the biggest popcorn they had. We all were so hungry by the time we finally made it to Epcot and found our first food cart that we all devoured the popcorn in five minutes.”

A popcorn encounter of another kind was reported by James Bell. “Upon exiting “The Great Movie Ride” at Hollywood Studios, you are presented with a lovely waft of highly-appropriate hot buttered popcorn…but there is no popcorn stand to be seen! Perhaps a missed sales opportunity?”

Hunger hit Boyd Rogers in a similar way after his “second or third ride on the Rock n’ Roller Coaster at Disney’s Hollywood Studios.” Rogers notes that he “exited the ride through the gift shop and stopped dead in my tracks at the smell of something smoky and meaty. Smoke-meateny.”

“I knew that smell,” he added, “the smell of baseball stadiums and outdoor cooking. I walked around the corner to see a hot dog stand. Nobody else wanted one but suddenly I was terribly hungry.”

When not eating to live, of course, we dads live to eat, and we’ll follow an intoxicating scent for however long it takes to find its source.

“My family and I were breezing through Asia on our way to a date at Mt. Everest with the mythical yeti – purported to be quite aromatic himself – when I was brought to an abrupt halt,” recounts Shawn McAskill. “It was but a faint hint at first; slinking up through my nostrils like a Sunday morning. Almost instantly however, it graduated into full-on sensory assault. The smell filled me. It was robust. Bold. LARGE.” McAskill waxed on even more about his olfactory journey, which ended with his treasured Animal Kingdom find, Teriyaki sliders.

And what aroma grabs the attention of a YouTube food titan? While at Epcot’s Refreshment Port, Daymon “Daym Drops” Patterson “was instantly drawn in with the comfort of cinnamon in the air, but the refreshment port had a fresh warm roll bakery hint that lingered after the scent of cinnamon, and I was drawn to the counter.”

Once there he looked at the menu “and was introduced for my very FIRST time to the cronut – only something that I had heard about back home in Connecticut and figured I’d need to travel to New York in order to enjoy such a delight. Well, Florida has their version at Walt Disney World and let me tell you, it is AMAZING!”

To see just how amazing, check out the Daym Drops cronut review here:

A favorite ride at Epcot, Soarin’, is getting a makeover as of this writing and as soon as Traveling Dad has the chance to ride the upgraded version, we’ll report back. In the meantime, Raphael Ocampo recalls that on Soarin’ as we currently know it, there’s some debate about “how many actual scents are given off by the ride. I vividly remember two: an orange smell when flying over the orange groves and the smell of pine trees when soarin’ over the kayakers.”

“People purport to smell salt air when above the ocean and sagebrush when over the people riding the horses,” he says, adding that “I can’t even tell you what sagebrush smells like but can vouch for the orange and pine smells.”

Orange and pine did not figure into the smells JD Andrews detected on The Many Adventures of Winnie the Pooh. “After lowering the lap bar and making sure my daughter was secure, it started,” Andrews says. “Traveling along in our own honey pot I noticed a distinct smell, hot plastic. All of the Pooh characters looked to be made out of plastic and I can only guess the hot lights that shone down on them created this smell that reminded me of a melted plastic Christmas tree ornament that one year got too close to the tree lights. In one part of the ride you are in Pooh’s dream, that’s where the hot plastic smell turned into more of a burnt plastic. I was hoping the ride would have smelled of delicious honey.”

And sometimes a burning smell can be a bit easier on the nose. While tackling the Magic Kingdom one evening with his daughter, Bell “discovered that the best place to take in the fireworks is between the Merry Go Round and the Enchanted Tales with Belle attraction on the edge of Fantasyland. Not only do the fireworks blast off on both sides, but if the winds are right, the smoke drifts through the buildings and gives all in the area a wonderful olfactory reminder of what we had just seen. And a lasting souvenir.”

And then there are certain smells that are not smells in the traditional sense.

“The one smell I noticed that I was NOT expecting was the smell of terror on my 13-year-old son as we waited in line at the Tower of Terror in Hollywood Studios,” recalls Dan Miller. “Teenage boys are known for being unflappable and my son is no different, so it was a surprise to hear him say ‘Dad, I really don’t want to ride this.”

“By this point,” Miller continued, “we were well through the line and nearly to the departure point. Basic level cajoling (“C’mon it will be fine!”) didn’t seem to do anything so I had to resort to Dad-level “You’re doing it” statements. As I held his hand (awwww he still let me hold his hand!), I could feel and smell the nervousness and anxiety coming off of his skin. In the end, he rode it and while he didn’t want to ride it AGAIN, he told me he was glad he had gone through with it.”

Going through with it. That’s what real men do at Walt Disney World.