What’s that you say? You and the family have only one day in San Francisco? Never fear. That’s plenty of time to get a taste of the City by the Bay. Gotta get a picture of the Golden Gate Bridge and ride a cable car. Gotta eat some sourdough and chocolate. A trip to Alcatraz is another must, especially if you’re visiting with teens.

Top 7 Places to Get a Taste of San Francisco

The beauty of San Francisco never fades, so don’t fret if you have only one day to explore. Get a taste of one of the top United States destinations in a day, then plan to return for a longer trip. Hit the following places to see the best of the city. Your kids certainly won’t want to go home and tell their friends, “No, I didn’t ride a cable car.”

Don’t lie, you want that iconic photo of the Golden Gate. So grab it first, in the soft morning light. And don’t let San Francisco’s famous marine fog deter you. Sometimes those photos of the bridge through the fog are even better.

Though most visitors don’t know it, the Golden Gate Bridge is actually part of a National Park Service site. It’s in the Golden Gate National Recreation Area. Stop at the visitor center and grab a map. If you have time, watch the introductory video and walk through the exhibits that explain how the bridge was constructed from 1933 to 1937.

Chocolate? Ice Cream? Ghirardelli Square is the place to be. It’s the original location of San Francisco’s most famous chocolate shop. Find other shopping and dining in the historic area as well.

A trip on a cable car is a must. It’s a National Landmark and symbol of San Francisco. Grab a ride on the Powell/Hyde route right after you indulge at Ghirardelli Square. It originates at the intersection of Hyde and Beach near the Square. Or try one of these other lines:

The Powell/Mason route originates at the corner of Taylor and Bay near Fisherman’s Wharf.

SheBuysTravel Tip: See the cable cars get turned around to head back uphill at the origination points. This is also the best place to grab a picture since the cable cars are stopped.

You can’t visit San Francisco without exploring this North Beach area and the neighboring Telegraph Hill, famous for the iconic Coit Tower.

SheBuysTravel Tip: Aquarium of the Bay is a must for the kids. Learn about the animals of the San Francisco Bay. Also find a couple of touch tanks and walk through two tunnels under 700,000 gallons of water with 200 species. Located on Pier 39. Admission based on age and open everyday from 10 a.m. to 6 p.m.

Departs from Pier 33
Admission based on age

Enjoy views of downtown and Sausalito on your cruise to Alcatraz. It has an exclusive evening program, so make Alcatraz your final destination of the day, especially if you’re traveling with teens who enjoy a good scare.

The infamous prison was home to Al Capone and other prisoners with nicknames like Birdman, Creepy and Machine Gun. It’s another San Francisco National Park. The night tour offers extras that the standard day tour doesn’t, like the closing of the cell block and the access to the prison’s hospital. Trust me, it’s super creepy.

SheBuysTravel Tip: The only way onto Alcatraz Island is through the official concessionaire, Alcatraz Cruises. This is a very popular tour, so reserve tickets as soon as you know you want to visit Alcatraz. Ticket reservations can be made up to 90 days in advance. Due to the nature of the tour, this is best suited for tweens and teens.

Corner of Lombard and Hyde Streets

Another must for first time visitors is the “crookedest street in the world,” located in the Russian Hill neighborhood.

San Francisco is hilly, sometimes surprisingly so. Since it’s easier to walk down hill, start on Hyde Street to see the top of the eight hair-pin turns flanked by gardens. Then find the staircase located next to Lombard Street and head downhill. Grab another picture looking up, at the bottom of the one block section at Leavenworth Street.

Hungry? You have to eat sourdough bread, which tastes different in San Francisco. Sourdough bread has a sour taste because it’s made by the fermentation of dough using a unique naturally occurring local bacteria called lactobacilli rather than baker’s yeast. Its roots in San Francisco are historic; gold miners who were drawn to the area in the Gold Rush of 1849 valued it because it stayed fresh longer.

Boudin’s Bakery is the place to eat this San Francisco staple. Order the bread bowl filled with chowder. There are multiple Boudin’s locations in the city, but take the kids to the “home of the mother dough” at 160 Jefferson. They can watch the bakers craft this local specialty and even ask questions via the two-way intercom system.

SheBuysTravel Tip: Don’t wait until the kids are starving; lines can be long. But the food is oh so worth it! If the weather is nice, find a table outside.

Read More: 26 Best San Francisco Foods and Where to Eat Them

Got a little more time? Then head to one (or both) of these San Francisco landmarks.

Walk through the Rotunda of this Beaux Arts classic from 1915 and enjoy the pond and landscaping. Built for the Panama Pacific International Exposition, it was one of the buildings meant to showcase San Francisco after the devastating 1906 earthquake. It’s one of the few buildings from the Exposition that’s still standing.

SheBuysTravel Tip: Plan extra time to take the kids to the Walt Disney Family Museum in the Presidio. 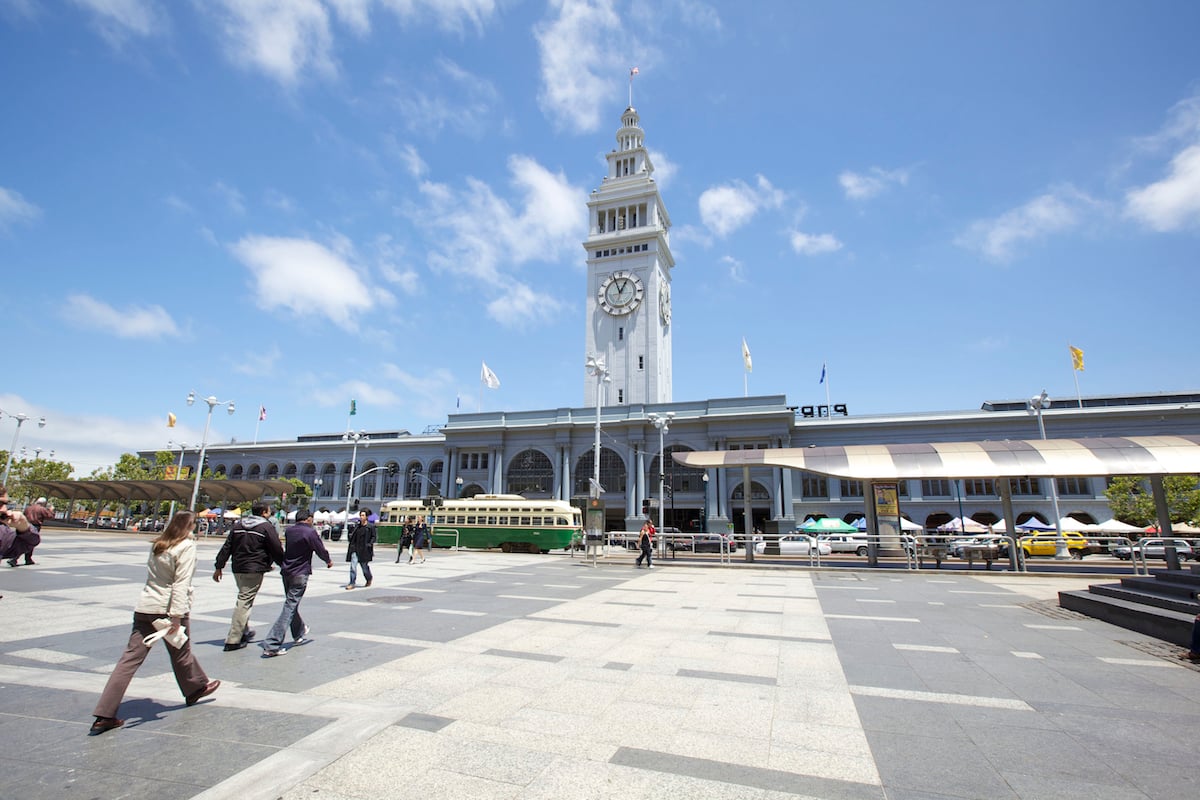 The Ferry Building is a destination for foodies. Photo Credit: SF Travel

Corner of the Embarcadero and Market Street

Opened in 1898 as a train transportation hub, the Ferry Building is now a farmers’ market, shopping mall and food hall. It’s an excellent place for families to grab an early dinner before the final destination of the day since there’s a large selection of casual dining.

There is so much more to see in San Francisco. Plan another trip to the City by the Bay and put these sights on your to-do list:

The Chinatown Gate–Located at Grant Avenue and Bush Street, it’s at the entrance of one of San Francisco’s most vibrant neighborhoods. Find lots of Chinese import shops to browse for unique souvenirs, a must with teens. Free

Haight Ashbury–Walk through the hub of the 1960s counter culture movement. 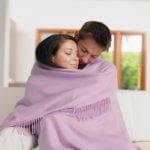