For many, traveling is a way to get away from the rigors of day-to-day; an escape from it all. But if you’re traveling and suddenly find yourself caught in the wrong place at the wrong time it can be panic-inducing. In the aftermath of attacks in Brussels on air and rail infrastructure and other all-too-recent news headlines including the Paris terror attacks, attacks in Nigeria and Turkey, and weather events such as the hurricane on the Mexican coast–it’s important to remember emergencies can happen anywhere. So how can you protect yourself when you’re traveling? SheBuysTravel has culled through documents and plans prepared by emergency management experts to give key tips to help you manage in a crisis while away from home.

Prepare for a Travel Emergency—Before You Go

No one likes to think about being involved in a travel emergency before it happens. Still, there are plenty of things to consider before you even hit the road that may give you peace-of-mind if something does occur. Pre-trip preparation could save you time, money and most importantly, grief and worry to you, your friends and family.

We’ve sifted through extensive plans, documents and guidelines from those who specialize in emergency management, disaster planning and recovery including the Red Cross, Red Crescent, and FEMA, as well as using what we’ve learned in our own field training to help you know what to do. And all the experts agree: preparation is key. 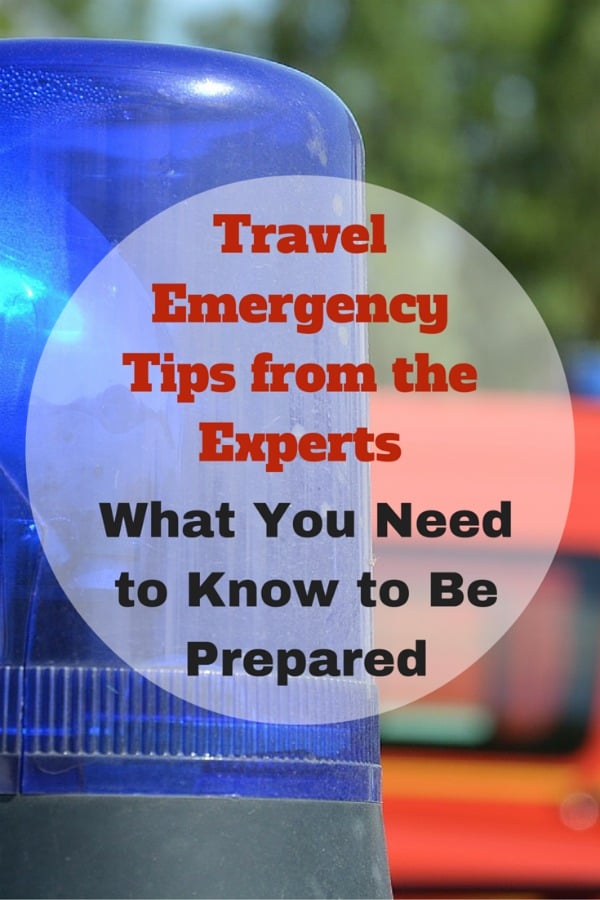