If theme parks top the list of your grandkids’ favorite things to do, Central Florida belongs in your travel plans. You’ve no doubt heard of the big boys: Walt Disney World’s Magic Kingdom, Epcot’s World Showcase and Disney’s Hollywood Studios. In addition to these beloved attractions, Central Florida offers a theme park for every possible interest. From the building bricks at LEGOLAND Florida to the sassy gators at Gatorland to water parks that keep you cool, these smaller theme parks were designed for making memories.

Walt Disney World attracts visitors from around the world. It’s no wonder with outstanding attractions like Star Wars: Galaxy’s Edge and Toy Story Land at Disney’s Hollywood Studios. My grandkids live in Central Florida and have explored Walt Disney World, Epcot, Disney’s Animal Kingdom and Disney’s Hollywood Studios numerous times. When I visit, my mission includes finding something new to share with them. Here are the smaller (and less expensive) Florida theme parks, ideal for making lasting memories.

Universal Studios and Islands of Adventure

Not quite as big as Disney but still a well-known theme park, Universal Studios and its sister park, Islands of Adventure, bring the movies to life. Both parks showcase Universal films as well as characters from rival studios like Toon Lagoon from Jay Ward Productions and Paramount Pictures, and Marvel Super Hero Island from Marvel Entertainment.

Epic adventures await at the uniquely themed islands of Universal’s Islands of Adventure where the world’s most cutting-edge rides, shows and interactive attractions bring your favorite stories, myths, cartoons, comic book heroes and children’s tales to life. Come face to face with the dinosaurs of Jurassic Park.

Venture through the mists of time as you experience the epic adventures of The Lost Continent. And step right into the pages of the children’s books of Dr. Seuss in Seuss Landing—always a favorite of my youngest grandson, Benjamin.

Join other Muggles at the Wizarding World of Harry Potter as you pass through the towering Hogwarts castle gates and explore the familiar passageways, classrooms and corridors. And don’t miss the pulse-pounding rides: Dragon Challenge, Flight of the Hippogriff and Harry Potter and the Forbidden Journey, a state-of-the-art attraction that brings the magic, characters and stories of Harry Potter to life in ways never before imagined.

Kids all over the world spend an astonishing five billion hours a year building with LEGOS. Central Florida’s LEGOLAND provides the ideal place to celebrate LEGO mania. Built on part of the former site of Cypress Gardens, Florida’s original theme park, LEGOLAND brings all those hours of building with LEGO bricks to life.

A favorite of my grandkids, New York City landmarks include Grand Central Station, the Statue of Liberty, the Empire State Building and Central Park. They love pointing out the places I’ve taken them when they’ve visited me in the city.

When the grandkids aren’t marveling over the LEGO structures, the little thrill-seekers look for roller coasters to ride. Favorites include Coastersaurus in the Land of Adventure and the uber-competitive Ninjago.

Read More: Why You Should Take Your Kids to Kennedy Space Center.

In the scorching summer heat that often visits Central Florida, the LEGOLAND Water Park makes a big splash. With body slides, tube slides, a lazy river and several pools, you could easily spend an entire day here. On our recent visit, we split the day by doing the rides in the morning, cooling off at the water park in the heat of the day and adding a few more rides at the end of the day.

We spent time chilling in the wave pool with floating LEGO bricks. Then we cruised along the Lazy River. But the Twin Chasers tube water slide garnered the most praise from my three. Note: LEGOLAND Florida park admission is required for admission to LEGOLAND Water Park. The water park ticket is an additional $25. If you and the grandkids want to extend the LEGOLAND Florida experience, spend the night at the LEGOLAND Florida Resort.

SeaWorld and its sister parks, Aquatica and Discovery Cove, are all located in the Orlando area. Be entertained and amazed by the killer whales, dolphins, manatees, sharks and thrilling rides at the parks. The SeaWorld Kids Shamu close-up experience allows the grandkids to look into the eyes of a killer whale. And, the Dolphin Nursery introduces them to newborn calves.

Thrilling rides add to the fun at SeaWorld. Want to feel what it’s like to be a giant stingray? Check out Manta, a flying roller coaster that spins, glides and skims like a giant ray.

For an interactive experience, check out Discovery Cove where the entire family can swim with dolphins and take an underwater stroll in a diving helmet. With guest access restricted to 1,300 per day, Discovery Cove feels more like an exclusive resort than a theme park. Up-close animal encounters with dolphins, stingrays, tropical fish, sea otters and exotic birds make this a family favorite. It’s all-inclusive too, so you won’t have to worry about food, towels or snorkeling equipment.

When the Central Florida heat gets to you, head over to Aquatica, SeaWorld’s Waterpark. A state-of-the-art climate system adjusts the water temperature according to the weather so that it’s always just right. Cool off by riding the surf at Roa’s Rapids. Or take a break and watch the kids splash about in the waters from your personal oasis – a shaded cabana. And for the little ones 48” and under, don’t miss Kata’s Kookaburra Cove with water spouts and several silly spilly water slides. Be sure to stop by Conservation Cabana across from Loggerhead Lane (don’t you love that name?) to get up close with the amazing animals or the surf and sand.

From roadside attraction in 1949 to full-fledged theme park, Gatorland offers old-style Florida entertainment. Start with a photo op in a giant alligator’s mouth near the entrance. Then head inside to check out hundreds of alligators, crocodiles, snakes, lizards, spiders and even some adorable petting zoo animals at this classic amusement park.

The Screamin’ Gator Zip Line soars through the air over the breeding marsh where some of the theme park’s reptile residents hang out. The Gator Gauntlet delivers the same exciting experience with an accessible zipline.

On my recent visit with my grandson, Benjamin (10), we checked out the New Stompin’ Gator Off-Road Adventure. We boarded the Bonecrusher, one of three 12-foot-high custom-made, off-road monster vehicles. Led by hilarious guides, we stomped our way through Gatorland’s crazy characters and across the breeding marsh right alongside those big gators. Wide-eyed and holding on tight, Benjamin had a blast…and so did his GiGi!

Take a step back in time at Old Town Kissimmee. This re-creation of a classic Florida town offers one-of-a-kind rides and attractions. An amusement park classic, the Old Town Ferris Wheel rises 86-feet in the air. For haunted house buffs, Mortem Manor keeps the thrills and chills going all year long.

Stroll 18-acres of tree-lined brick streets, lined with affordable shops and unique restaurants. Then, on the weekends, roll into town to catch the Friday Nite Muscle Car Cruise and the Saturday Nite Classic Car Cruise.

Gators turn up everywhere in Central Florida and if you’re looking for more wildlife experiences, check out Wild Florida. From an aviary to airboat rides and sloth encounters, there’s always something interesting to experience. My grandkids fed the baby gators hot dogs from fishing poles. Next, the aviary kept them entertained as they held up popsicle sticks covered in birdseed to attract the colorful birds. The sloth slowly won our hearts because isn’t everything a sloth does slow? Of course, the airboat ride always adds a measure of excitement as we explored the headwaters of the Everglades keeping an eye out for baby gators and other wildlife.

Growing up in Orlando, my kids often begged for a day at Wet ‘n Wild–the Universal Orlando Resort’s premier water park at the time. Today, that classic’s replacement, Volcano Bay, keeps kids of all ages cool. At this fun place, the lava flowing from the volcano brings cool refreshment instead of fiery heat with 13 slides. And if the idea of twisting turning slides around a volcano makes you dizzy, grab a raft and chill in one of the two winding rivers. Or, hang out in one of three lagoon pools. Splash pads and play areas keep little ones who aren’t quite tall enough for the slides entertained. Whatever you choose, these water rides will make you just as wet and wild as my kids in the 80s!

For a fun-filled day with classic amusement park rides, check out Fun Spot America. There are two locations near Walt Disney World Resort. The Orlando location boasts the only wooden roller coaster in town, while Kissimmee lays claim to the world’s tallest Skycoaster.

Central Florida’s theme park fun extends outside of the Orlando area with great attractions like Busch Gardens Tampa. The park offers 335 acres of African-themed fun. A zoo without walls, Busch Gardens Tampa Bay earned the Humane Certified seal from American Humane, the world’s largest certifier of animal welfare. The park’s primary focus remains the well-being of its more than 200 animal residents including several critically endangered species. Celebrate the animals with a train ride on the Serengeti Express. Or, choose one of the behind the scenes tours for up close encounters with these fascinating animals.

When you’re not marveling at the amazing animals, the park’s exciting roller coasters like the and triple launch Cheetah Hunt and the extreme inverted coaster, Montu, will keep thrill seekers entertained for hours. Note: Kids must be 54″ tall to ride the Montu.

Tampa Bay also brings its own water parks to the Central Florida theme park line up. Race your friends down the slide at Adventure Island’s four lane water slide, Rip Tide. Or, brave the high speed Caribbean Corkscrew as you splash your way to fun. If you and kids would rather take it easy, try the Rambling Bayou. This calm rafting experience winds through tropical waterfalls in a colorful rainforest environment.

With so many theme park options in Central Florida, you may need to extend that Disney vacation another week or two. Have fun! 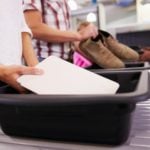