Whether you’re a huge Star Wars fan, Disney fan, or both, you’ve probably heard the rumbling. In March 2022, Disney will be opening Star Wars: Galactic Starcruiser. It’s Disney’s newest resort and this Star Wars hotel pulls out all the stops. Find out here when you can book, how much it will cost and what you need to know to have the best stay.

What is Star Wars: Galactic Starcruiser?

In a galaxy far, far away — one called Walt Disney World Resort in Orlando, Florida — you’ll embark on a hotel experience like no other. Seriously, it’s an experience. Think Disney fun, cruiseline style. You’ll have an itinerary. Your meals, room, and story line will have a theme. You will be fully immersed in Star Wars.

Honestly, what isn’t? This hotel is themed to the max from the moment you arrive.

The concept is cruise-like. You’ll  board a launch pod at the Walt Disney World Resort terminal and travel through hyperspace to the Halcyon starcruiser. When the airlock opens, you’ll be in space. There, you’ll stay in a cabin or suite with a “space view.”

Disney Imagineers went all in with the design of this hotel. But your experience is completely up to you. You can follow the rule of the First Order, or join the Resistance and partake in missions.

Characters will be in the hotel to interact with, you’ll eat themed meals, and take part in secret missions.

Can I Visit the Star Wars Hotel to See It?

Nope. At this time only registered guests will be able to visit Star Wars: Galactic Starcruiser.

How Much Does a Stay at Disney’s Star Wars Hotel Cost?

To put it delicately, this one is going to be a splurge.

The important thing to remember is that the cost at Star Wars: Galactic Starcruiser is PER PERSON. Current prices displayed on Disney’s site are for “most dates” from 8/20/22-9/17/22 are $749  per person for a 4-person room going up to $1209 per person for a two-person room. Moral of the story? It’s cheaper with friends.

Before you get sticker shock, remember that this is much more than a traditional hotel stay. Think of it as a more all-inclusive Disney experience. The price includes a bunch of extras  you’d normally have to buy a la carte.

So let’s run through it. Your two-night experience includes:

There are three room types available:

We’re excited to see that the standard cabins will hold up to 5 people, which is great news for bigger families. The Grand Captain Suite has two bedrooms and can sleep up to 8 people.

We know that Star Wars characters will be roaming around interacting and possible roping you into secret missions. Other entertainment we know about includes Starcruiser Lightsaber training, a costume parade called the Outer Rim Regalia, Bridge Training, Sabacc Lessons (a card game); and an end of the gala celebration.

Yes, this Disney experience includes food and beverages. Specifically it includes two breakfasts, two lunches, and two dinners per guest (gratuity included on dinners) and one quick service meal and beverage at Disney’s Hollywood Studios on your adventure to Batuu.

You’ll enjoy breakfast, lunch, and dinner in the Crown of Corellia Dining Room. Breakfast will include hot and cold small plates and you’ll be able to snag Bubo Wamba Family Farms blue milk.

Lunch will be made up of small bites like sandwiches, soups, mini flatbreads, assorted salads and sweets.

Dinner has two seatings; you let them know your preference when you book.

Dinner is different each night. The first night, the Crown of Corellia Dining Room transforms into a supper club with table service and live entertainment.

The meal the second night features courses “inspired by the geography and environments of iconic destination planets throughout the galaxy.” Taste Around the Galaxy will introduce each course and discuss the name, inspiration and ingredients.

To me, this sounds similar to a Delicious Disney themed event. These dinners took place at Markham’s in Disney’s Golden Oaks neighborhood pre-pandemic. I went with a friend and it was an incredible experience.

This on-property bar/lounge will offer drinks and, we suspect, some small food options.

This immersive adventure’s price includes theme park admission to Hollywood Studios. On Day 2 of your itinerary you take a planetary excursion to Star Wars: Galaxy’s Edge. An itinerary will be set for you including time slots for Millennium Falcon: Smugglers Run and Star Wars: Rise of the Resistance.

You will be transported to Batuu directly from the hotel on a shuttle, enabling you to stay fully immersed in your story.

Parking is included with a stay at Star Wars: Galactic Starcruiser.

Although MagicBands are no longer complimentary for Disney Resort stays, an exclusive Star Wars: Galactic Starcruiser databand (known on your home planet as a MagicBand) is included.

How Do I Book a Stay at Star Wars: Galactic Starcruiser Hotel?

Reservations for the Star Wars hotel open on October 28, 2021. Pre-sales to Disney Vacation Club Members and eligible Disney Annual Passholders took place from October 7-9, 2021. Disney Visa cardholders got an early crack at it from October 12-16, 2021. When October 28th hits, you had better believe that the wait times, hold times, site queues and more are going to be a hot mess.

We highly, highly advise that you use a trusted Disney agent or booking company. It will cut your stress and they’ll guide you through the whole process. Personally, we use Get Away Today for our Disney World and Disneyland bookings. We talk more about their concierge service in our full Getaway Today Review but suffice it to say that it will feel more like a vacation if you’re not the one worrying about the details. You’re in good hands with them.

What You Need to Book

No matter who does your booking you’ll need to have the following information ready to book:

What Should I Pack for My Star Wars: Galactic Starcruiser Disney Trip?

We’ve shared a lot of information in the past on packing for a Disney vacation. While many of those items will overlap with a Star Wars themed hotel stay, there are some specifics you’ll want for this immersive adventure.

Dressing up is highly encouraged. You’re part of the Star Wars story, whether you’re a Jedi or a droid. Costumes are a must-pack. We’re not going to lie — we’re excited. There are some super-cute options for everything from Rey-inspired Mouse ears to R2D2 dresses to Rey costumes to Resistance vests.

Not into costumes? Show your fandom in t-shirt form. My personal favorite is Darth Vader “walking” his AT-AT.

While MagicBands are no longer provided with Disney resort stays, they are if you’re staying at this new resort. Your stay will include an Exclusive Star Wars: Galactic Starcruiser databand, which is awesome.

You can also buy other fun Star Wars MagicBands to attach to your reservation. We love this slap bracelet option, this Mandalorian-themed The Child slap bracelet, and the more traditional style MagicBand featuring Baby Yoda.

Who is the Star Wars: Galactic Starcruiser for?

I found myself asking this question as I studied media materials, pricing and videos. Most people think about Disney as a kids trip. However, over the years solo adult trips, Disney honeymoons, and more have grown in popularity.

My friend, Breeze,and I did a girlfriend getaway at Disney and I can’t even tell you how relaxing it is to drink around EPCOT while ignoring the sounds of kids shouting “mommy” because they aren’t yours and you have no responsibilities. It just hits right.

While this immersive experience is one that some kids would go absolutely wild for, the immersive adventure overall seems more geared towards Star Wars fans who are tweens, teens or adults. The pricing is per person. Even in their examples, Disney minimizes the number of kids in rooms giving an example quote of $749 per night for 3 adults, 1 child. (Anyone 10 and up is considered an adult.)

The meals that are included are at specified times — you can request first or second seating. They are themed and have several courses along with entertainment. Entertainment is geared towards immersive role playing, card games and strategy.

We’re not saying don’t take your kids. We’re just saying make sure that everyone will enjoy the trip. You’re paying for the experience. Kids who cannot sit through a multicourse meal or are too young to enjoy the immersion may not be worth the price for admission.

Are you thinking about staying at Disney’s new Star Wars hotel? Who will you travel there with? 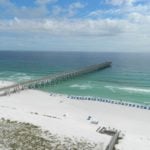